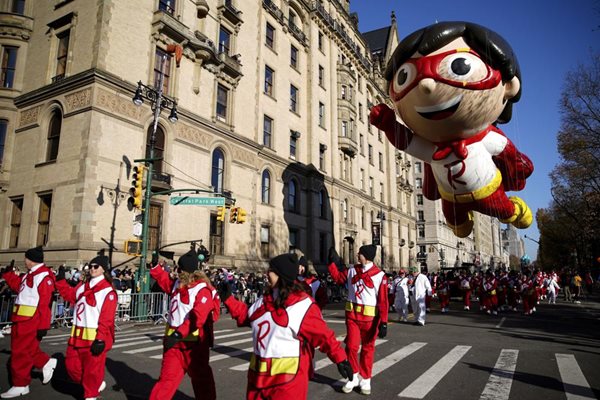 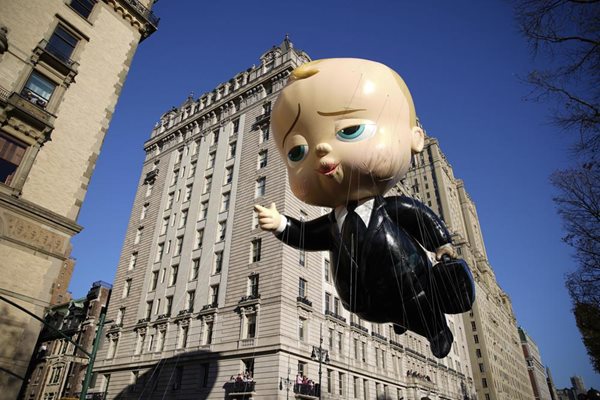 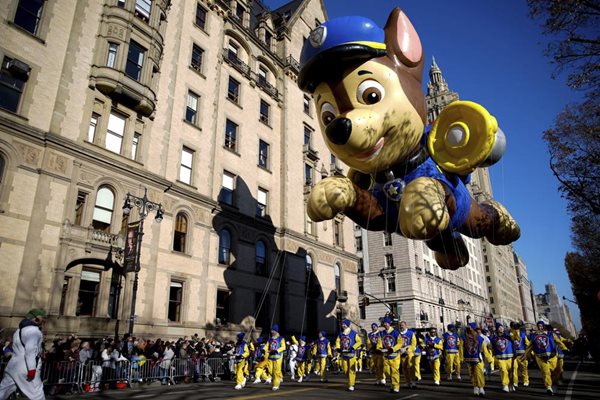 The 96th annual procession packed streets with an estimated crowd of three million as marching bands, giant inflatables and floats streamed for more than 40 blocks from Central Park to Herald Square.

Children balanced atop metal barricades and hung from scaffolding to watch the balloons amid mostly sunny skies and a slight breeze.

“Blue, Blue. There’s Blue,” yelled Divyam Kumar, 6, as his father helped balance him and his 4-year-old brother Aanu Aryan on a metal rail.

The youngster was referring to the star of the animated show “Blue’s Clues” — not to be confused with the international cartoon sensation Bluey, an Australian cattle pup making her parade debut.

Bluey’s balloon towered as tall as a four-story building and stretched as wide as seven taxi cabs.

Stuart, the one-eyed Minion, was also there to thrill the crowd.

But it was Snoopy that especially caught the eye of Brenner Chenenko, 8, even more so than the more contemporary pups.

“It’s one of the classics,” said the youngster from Rochester, New York, who lined the parade route with his father Nate and grandfather John Wopperer.

Snoopy, dressed as an astronaut, was followed by another old-time favorite, Papa Smurf.