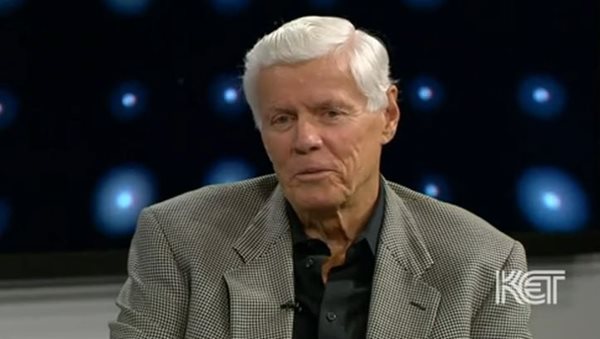 Brown will perhaps be remembered best as a restaurant magnate who built Kentucky Fried Chicken into a global fast-food juggernaut, but it was his turn as governor that cemented Brown as an esteemed Kentucky statesman.

Born in Lexington, Kentucky, in 1933, Brown paid his way through college and law school at the University of Kentucky as one of Encyclopedia Britannica’s top salesmen.

Following service in the US Army Reserve, he co-purchased Kentucky Fried Chicken from Harland Sanders in 1964. Brown would transform KFC into a household name, with the chain briefly becoming the largest fast-food service in the world.

After selling the restaurant in 1971, Brown became financially involved in multiple professional sports teams before turning to politics.

Brown would go on to leverage his name recognition in the state into a successful bid for governor, leading Kentucky from 1979 to 1983. His campaign slogan, “Running government like a business,” leaned on his corporate credentials and media-friendly presence.

During his tenure, according to the National Governors Association, Brown brought “record commerce” to Kentucky and reduced the state budget by more than 20%. His administration saw a more diverse cabinet than previous administrations, and the establishment of programs still in use today.

Visitation will take place Tuesday, November 29, at the Kentucky Capitol rotunda where Brown will lie in state. His service will be 3 p.m. at the state Capitol building the following day.


Gov. Andy Beshear has ordered government buildings to fly flags at half-staff throughout the commonwealth through sunset the day of interment. Others are encouraged to do the same.