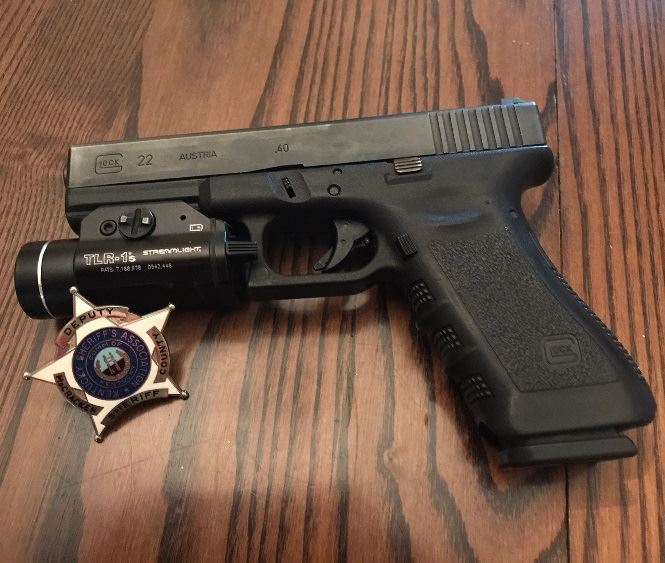 Chief Deputy Mike Turnbow told West Kentucky Star their 40-caliber Glock pistols have been in use by officers since October 2007, and like any mechanical device the possibility of malfunction increases with age. Turnbow said most agencies try to replace their weapons every 10-12 years, and several others in the area are doing it now.

The Law Enforcement Protection Grant does not use taxpayer money - it comes from proceeds of the state's sale of firearms seized by law enforcement agencies during arrests or investigations. The fund is used exclusively to help agencies purchase Tasers, body cameras, body armor, firearms or ammunition.

"State Police, as a matter of fact, is in the process of rotating their weapons out and going to 9mm, and we're doing the same thing. The grant is requesting to replace our 40-caliber with 9mm," Turnbow said.

He said the night sights on the current guns have been dimming slowly from the day they were made, and need replacement now. Plus, Glock recommends rebuilding the weapon and replacing magazines (three per officer) after 10 years. The cost for all of this is within $125 of getting a new weapon, so Turnbow said it doesn't make fiscal sense not to get brand new pistols.

Plus, the grant would cover the cost of new guns, but rebuilding and replacing parts on the old ones would have to come out of the county budget.

The department is changing to 9mm guns for practical reasons, too. Not only are State Police converting to 9mm, Lexington Police and the FBI are too, after reviewing ballistics tests and other specs. Since the Sheriff's Department buys ammunition at a state contract price, keeping pace with those agencies will ensure that the ammo they need is available at a discount.

If the grant is approved, the agency would buy the guns from Kiesler Police Supply, the authorized Glock dealer to law enforcement agencies in our area. They would give a trade-in value for the 40-caliber weapons, which would eventually be sold to other distributors for re-sale.
ADVERTISEMENT
Advertisement
Latest McCracken County
McCracken County