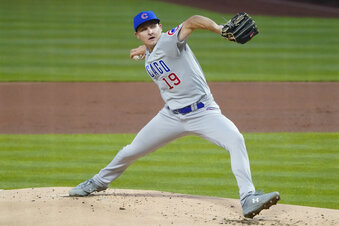 Wesneski (2-1) gave up two runs and five hits in 6 1/3 innings while striking out six and walking two in sending Pittsburgh to its seventh straight loss. It was his fourth appearance in the majors.

Acquired from the New York Yankees at the trade deadline, Wesneski had an immaculate inning in the fifth when he struck out the side on nine pitches.

The Cubs have a three-game winning streak.