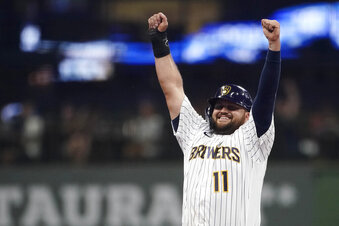 NL Central-leading Milwaukee had lost three straight since dealing All-Star closer Josh Hader to the Padres on Monday. Tellez hit a two-run shot in the first inning off Robert Dugger, and Taylor followed with a three-run blast in the third.

Lauer worked out of trouble early for Milwaukee. Devin Williams entered with two on in the ninth and struck out two for his seventh save.
ADVERTISEMENT
Advertisement
Latest Sports
Sports