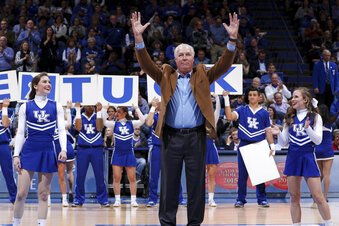 Pratt helped lead the Wildcats to three SEC championships and two Elite Eight appearances during his college career. And he was a courtside fixture since the 2001-02 season as the UK Sports Network’s radio color analyst alongside play-by-play announcer Tom Leach.

Kentucky Athletics Director Mitch Barnhart and basketball coach John Calipari said he would be missed. A statement from the school said Pratt died Thursday at the age of 73.