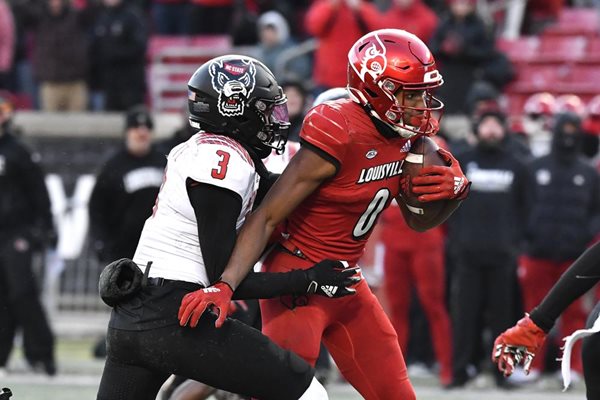 Jordan, a sophomore finished with 105 yards in 16 carries His second touchdown, a 2-yard run, gave Louisville a 22-10 lead early in the fourth quarter.

“A lot of times, people write you off,” Domann said. “We trust our preparation. Everybody around me was good (today).”

The Wolfpack (7-4, 3-4) got within 13-10 in the third quarter when Ben Finley connected with Michael Allen for a 34-yard touchdown pass.

Louisville had its four-game win streak stopped last week at Clemson. A win next week at Kentucky would mark the highest win total in the regular season under coach Scott Satterfied.