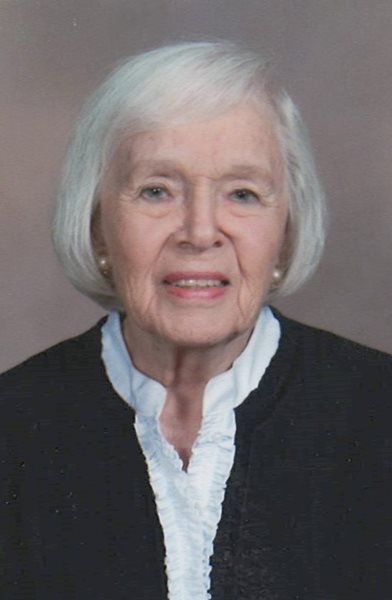 Hilda was born September 23, 1928 in Calloway County, Kentucky, the daughter of John and Carrye Hughes. She was raised and educated in Murray, Kentucky and attended Murray State University, majoring in journalism. On November 24, 1950 she married Robert Leroy Swisher (1928-2010) in San Diego, California, where he was stationed in the U.S. Navy. Bob and Hilda returned to make their home in Paducah when he became a newscaster for WPSD-TV.
Hilda worked for a time at Paducah Bank and Trust, before joining the staff at First Presbyterian Church of Paducah. Her career as one of the Directors of Christian Education there, spanned decades. She developed curricula, taught classes, planned workshops, and served in many leadership roles. Having no children of her own, she dearly loved guiding and mentoring those in her church. Many stayed in touch with her over the years. She would often smile and say she got a card or letter “from one of my church children”.
She was involved in a number of service organizations, including the Alpha Epsilon Chapter of Epsilon Sigma Alpha International. She loved golfing and was an avid fan of the St. Louis Cardinals.

A memorial service is scheduled for 11:00 a.m. Saturday, January 28, 2023 at First Prebyterian Church of Paducah with Rev. Lex Allum officiating. Urn interment will be held at a later date at Mapleview Cemetery in Marion Kentucky.

All arrangements are being handled by Milner & Orr Funeral Home and Cremation Services of Paducah.

You can send a message of condolence to the family and light a candle of remembrance at www.milnerandorr.com.