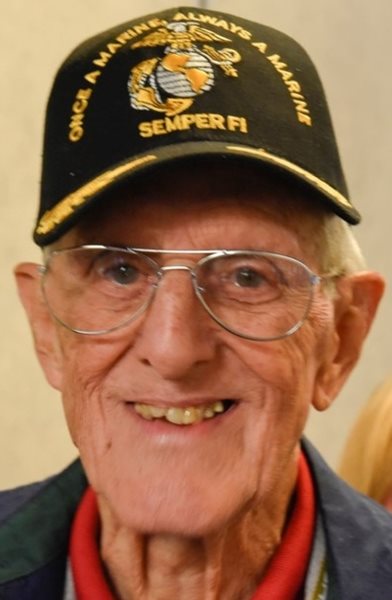 Charles was drafted in 1943 and served in World War II as a proud Marine until he was discharged May 31, 1946. After his military service he attended the University of Kentucky, receiving a degree in Finance. He had several jobs until settling in automobile claims with State Farm Insurance where he retired in 1987 after 32 years.

Charles was immensely proud of his University of Kentucky Wildcats basketball and football teams and enjoyed having season football tickets from 1965 until 2010. In 2006 he and Sallie moved to the Chicago suburb of Huntley, IL to be near his daughter and her family. His granddaughters were his pride and joy. He enjoyed spending time with his fellow Marines in Huntley and attending each and every activity in which his granddaughters would participate.

He was preceded in death by his parents, his wife Sallie Sue (Frances) Arant, and his sister Josephine Clayton.

The family would like to thank the staff at Clarendale of Algonquin for their care and support during Charlie's stay there the past two years.

Graveside services will be held at Birmingham Cemetery in the Briensburg Community on August 6, 2022 at 11:00 am.