McConnell Gets Hemp, 'War on Carp' Money in Budget 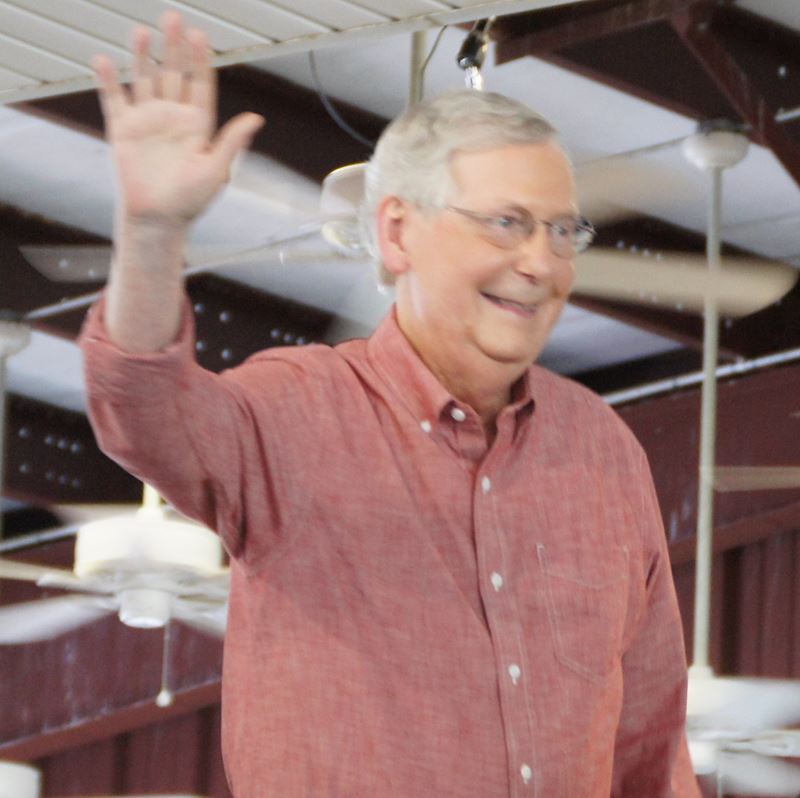 McConnell's office announced Thursday that the Senate Appropriations Committee approved $25 million for the project in Kentucky Lake and Lake Barkley, and other locations in the Ohio and Tennessee Rivers. U.S. Fish and Wildlife Service will receive the money, with more than $9 million also alloted for the U.S. Geological Survey for its work to combat the spread of the invasive species.

"I am proud that my colleagues voted to support my proposal to invest federal resources into fighting the War on Asian Carp in Western Kentucky. With local leaders like Judge Wade White and KDFWR's Ron Brooks, we are making real progress. At my request, the Trump administration is using its most sophisticated strategies to protect Kentucky's waters, and I'm proud to direct these federal resources to support that critical work," said Senator McConnell.

Lyon County Judge Executive Wade White said, "We had a budget bill come over from the House without this critical appropriation and Senator McConnell got it put in there. With this money, barriers to prevent these fish from spreading will be constructed and commercial fisherman will receive incentives to target and catch Asian Carp. All the southern states affected by Asian carp will benefit from this and we have Senator McConnell to thank for it."

Earlier this year, USFWS and USGS agreed to Senator McConnell's request to deploy the advanced "Unified Method of Fishing," which involves corralling Asian Carp into one location using electronic technology and extracting the fish from the water with specialized nets. This technique has been successful in controlling Asian Carp populations abroad, and the U.S. Geological Survey (USGS) has successfully deployed it in Missouri and Illinois. In May, Senator McConnell visited Western Kentucky with members of the Trump Administration, where they discussed options, such as the Unified Method, to address the Asian Carp invasion with local elected officials, community leaders and the local media.

Another project McConnell supported in the Senate Interior and Commerce Appropriations bills include funding for the Drug Enforcement Agency (DEA) that will help them develop technology that can help law enforcement quickly distinuish between hemp and marijuana. The two plants are very similar but hemp does not have the psychoactive ingredient that is in marijuana.

"I stand ready to work with Kentucky's hemp producers to address whatever challenges arise as they explore the full potential of this remarkable crop," said Senator McConnell. "Ensuring law enforcement can differentiate between industrial hemp and its illicit cousin is critical, and I'll continue working with the DEA and other federal agencies so hemp can be treated the same as any other legal commodity."

McConnell's office says other projects getting funding include:

·  A provision directing the USFWS to continue to expedite the establishment of the Green River National Wildlife Refuge (GRNWR) in Henderson County.

·  A provision encouraging the USFWS to remove certain inoperable locks and dams along the Green and Barren Rivers.

·  $115 million for the Abandoned Mine Land (AML) pilot program, $25M of which will go to Kentucky for the development of projects on land previously used to mine coal that will help support economic development in Eastern Kentucky.

·  $319.5 million for the Economic Development Agency (EDA), which provides federal competitive grants to communities to assist with economic development. This year, he secured $4 million for the Estill County Board of Education in Irvine, Kentucky. The grant will help build an Area Technical Center (ATC) educational building, expected to help create more than 500 jobs and retain 450 jobs.

·  $378 million to fund the Department of Justice (DOJ) programs created by the Comprehensive Addiction and Recovery Act (CARA), which passed in 2016 under the leadership of Senator McConnell. The funding includes $136 million for Drug Courts and Veteran's Treatment Courts to further combat the opioid and addiction epidemic in highly impacted states, like Kentucky.

·  $47 million for the Community Oriented Policing Services (COPS) Anti-Heroin and Anti-Methamphetamine Task Force programs. This funding supports local law enforcement agencies, including those in Kentucky, in their efforts to investigate the unlawful distribution of heroin, prescription opioids, and methamphetamines.