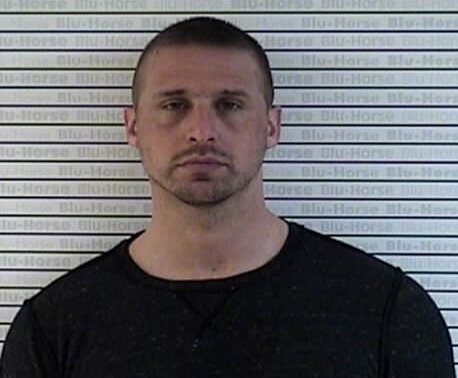 Officers responded to a 911 call shortly after 5:45 p.m. Tuesday reporting that a woman had been shot at a home on South 10th Street in Mayfield. When Officers arrived, they were met outside the home by 34-year-old Erica Price, of Mayfield, with gunshot wounds to her arm and chest.

Price was able to tell police that the gunman, 29-year-old Hagen Mills, of Mayfield, was still inside and had turned the gun on himself.

Price was transported to the hospital for treatment, and is listed in stable condition. Mills was pronounced dead at the scene.

Through investigation, it was learned that Price's mother and young daughter, whom she shared in common with Mills, were held in the home by Mills until Price returned home. When Price entered the home, she was shot by Mills, before he turned the gun on himself.

Police said Price's mother and daughter were not physically injured during the incident.

According to the Graves County Jail's website, Mills was arrested in March on rape, sodomy, wanton endangerment and kidnapping charges. He had reportedly bonded out of jail on Monday.

According to website TMZ.com, Mills was an actor who had roles on the TV series' "Baskets" and "Swedish Dicks." His mother told the website that Mills had been living in Hollywood for several years, but still had a home in Mayfield.