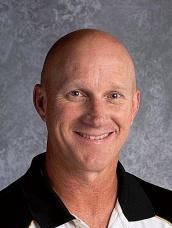 Mark Boggess pleaded guilty Tuesday in Calloway County Circuit Court to three counts of possession of matter portraying a sexual performance by a minor and eight counts of voyeurism.

Boggess was arrested in April after staff at the school found a camera set up to record individuals while they were changing in the bathroom of the school's nurse's station. He resigned from his position later that month.