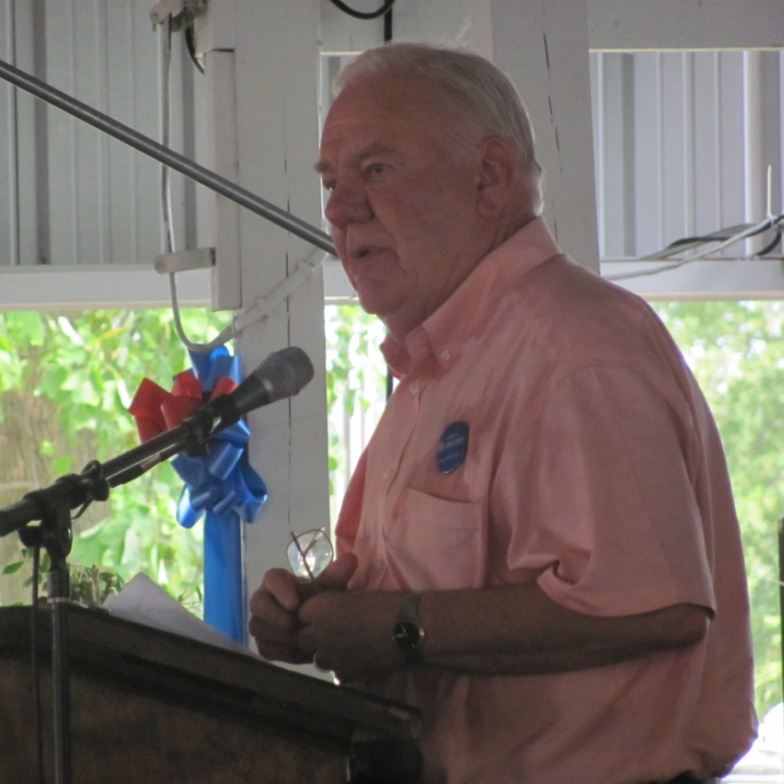 
Hubbard, who announced his switch from the Democratic to Republican Party in September, confirmed to West Kentucky Star that he made the announcement in Mayfield. The 1st District covers Ballard, Carlisle, Fulton, and Hickman counties and part of McCracken County.

Hubbard said he was filing a letter of intent with the Kentucky Registry of Election Finance, which allows him to raise money and spend money in advance of officially filing paperwork to run for office. He has plans to travel to Frankfort in December to file as a candidate at the Secretary of State's office.

Hubbard said like other candidates over the years, he has received a lot of encouragement to run for office.

"Most of the encouragement for me to run comes out of Carlisle, Hickman and Fulton Counties. They've been long-neglected by Frankfort. I carried those counties many times, especially when I ran for Congress and when I ran for State Senator," Hubbard said.

The office of State Representative has been held by Republican Steven Rudy of Paducah since 2005.

While he would not criticize Rudy, Hubbard said, "If you only knew the people who are encouraging me to run, you'd know that there's something going on, that they want a change."

Hubbard said if elected, he would be a full-time representative and would stop practicing law. He also said he would host town meetings for constituents in each county he would represent.

"In Paducah, and in Wickliffe, Bardwell, Clinton, and the cities of Fulton and Hickman both. The people won't have to drive to Paducah to find me," Hubbard said.

Regarding his recent party switch, he said many people have called or written him expressing appreciation for his move.

Hubbard said, "I held office 25 years as a Democrat, but the Democratic Party of today is way to the left of the party of my parents and grandparents, and they've gone far too radical."

Hubbard is 82 years old and has been practicing law since 1962. He served in Kentucky Senate from 1968 to 1975 and the US House of Representatives from 1975 to 1993. After becoming involved in the House banking scandal, Hubbard lost the 1992 election, then plead guilty to violations of campaign finance laws and served three years in prison.

He ran for Kentucky State Senate in 2006 and 2008, but lost in the general election each time.

Hubbard was suspended from practicing law for 60 days in April for lying under oath during a 2017 hearing, related to an accusation that he sent a harassing letter to another local attorney.

Hubbard currently practices law from his office in Paducah, and has cases pending in several area counties.